“Hotel Busch am Markt” in Westerstede is one of the oldest inns in the city. For centuries, an inn was maintained in this house, where especially the Sunday churchgoers stopped and also gathered there for other special occasions 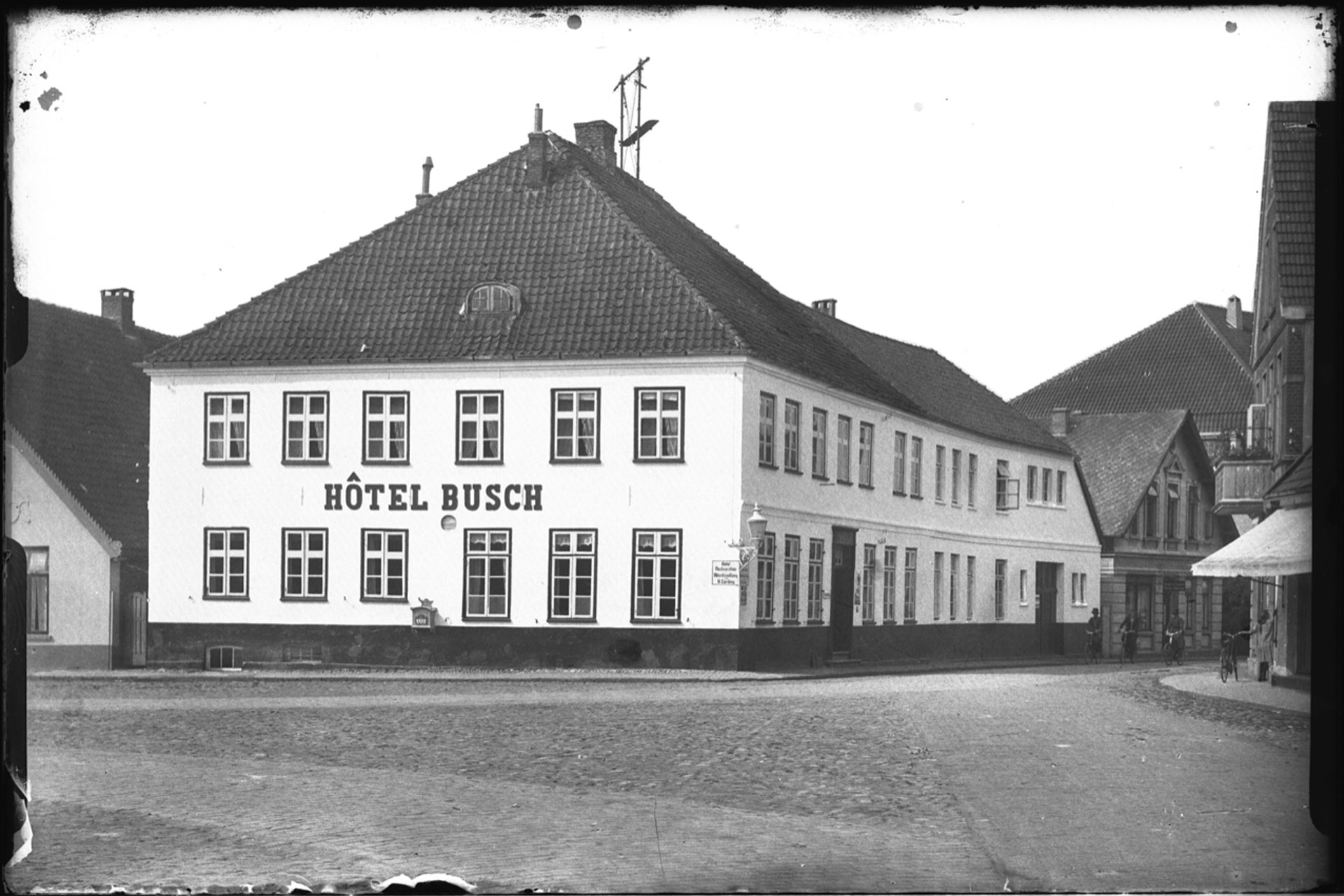 The Hotel Altes Stadthaus and the Hotel Busch will now continue to be managed under the umbrella brand “Die historischen Gasthäuser am Markt”. Bernd Rimke remains managing director. The strategy of merging the two houses has its origins in the common history of the great town fire in Westerstede in 1815, which broke out in the Koch’schen Kornbrennerei, now the Altes Stadthaus.

The town fathers of Westerstede, above all the town planner official Peter Ludwig Carl Friedrich von Negelein, seized the opportunity for re-organizing after the town fire. Thus, a large square was built around St. Peter’s Church – the Old Market – surrounded by town houses and a network of traffic routes with the introduction of freedom of trade and the market system. Westerstede changes from a church village to a commercial town.

In 1820, in order to provide a place for out-of-town guests as well, a new inn with an imposing, classicist facade is built on the site of the burned-down “Portmann’schen Wirtschaft von Quaden” – a true embellishment  for the Old Market. This stylish inn was run by Gottfried Lange from Bremen until 1833. After a short period of ownership by Renke Quaden, the innkeeper Louis Busch follows in 1838 by  giving his name to the stylish hotel of excellent and cosmopolitan reputation.